Down and up again with coach @_alexnino_ Getting back flexibility and balance after a brief back injury.
Sometimes you just have to nap in a tree and wait for dinner 🐯 @kewgardens 📸 : @dgarland05 #kew #kewgardens #nap #calvinandhobbes
Nobody does a warm welcome like the @britishlibrary 📚 #welcome #read #books #London #britishlibrary
Working on strength and mobility after a back injury. Nice to get back into training properly. Thanks as always to super coach @_alexnino_ and Rich at @injury_therapy for helping put everything back together.
@dgarland05 went to Whitstable. Peter Cushing's house at right. #whitstable #charming #buyingvegetables #onhisbicycle
Polar Bjøøøøørn #explorersclub #explorer #polarbear #bjorn
Books MacDoggo 🏴󠁧󠁢󠁳󠁣󠁴󠁿 #Scotland #scottie #books #standrews #fairmont #fairmontstandrews
茶 #tea #cha #te #tee #chai #shai
Lingonberry picking 🇸🇪 #swedish #swedishbakery #bageriet

The authors, sex workers themselves, describe sex, work, and the rights of sex workers in different legal systems around the world. Drawing from a range of sources, the book lays out the stark evidence without pontificating, but asking readers to consider workers’ safety and security ahead of any internalised moral position.

Think you don’t know any sex workers? Think again. Prostitution laws globally are failing to protect your family, friends and neighbours who choose to sell sex.

I was particularly astonished, and disheartened, at the extent to which female sex workers (as opposed to male sex workers) are disproportionately targeted, stigmatised and punished by the state, law enforcement and carceral feminists. This, to my mind, reveals the intrinsic double standards and biases of many anti-prostitution movements.

You don’t need to be sex-positive, left-wing or even particularly open minded to want people to be safe and secure in their chosen work. If you care about workers’ rights, women’s rights and human rights, this is recommend reading.

Most importantly, if someone you knew told you they were a sex worker, would you be confident that they enjoyed the same rights and safety at work as anyone else you know?

…would you even care? This book reveals a world where one particular group of people is seen as somehow less deserving of rights than others. How comfortable are you with that?

‘One More Time With Feeling’ – the documentary about the making of Nick Cave’s new album, Skeleton Tree …is rather extraordinary. It’s not perfectly paced, or structured, but as the film reminds us, neither is life. It IS exquisitely filmed in (mostly) black and white, and the unexpected, yet skilful use of 3D provides some surprisingly intimate moments.

There are laughs, but ultimately you’re watching a talented group of people assemble what was already a melancholy album in the wake of unanticipated tragedy.

As consumers of creative work, we are often selfishly curious about their creation. We want to know everything: where it was made, by whom, and where… and why. This film gives you everything, right down to the dust on the piano. Every button, switch, light and cable gets a feature.

Then it gives you more. It gives you the uncertainty, the frustration, the lost pens, the awkward conversations and the heartbreaking silences. At times it gives you more than you you feel you have any right to see… and yet, somehow, it feels like the best response to such a generous exposure is not to say “I’m sorry” but “thank you”.

Go and see it if you’re a fan of music, or cinema, or stories, or darkness, or light. 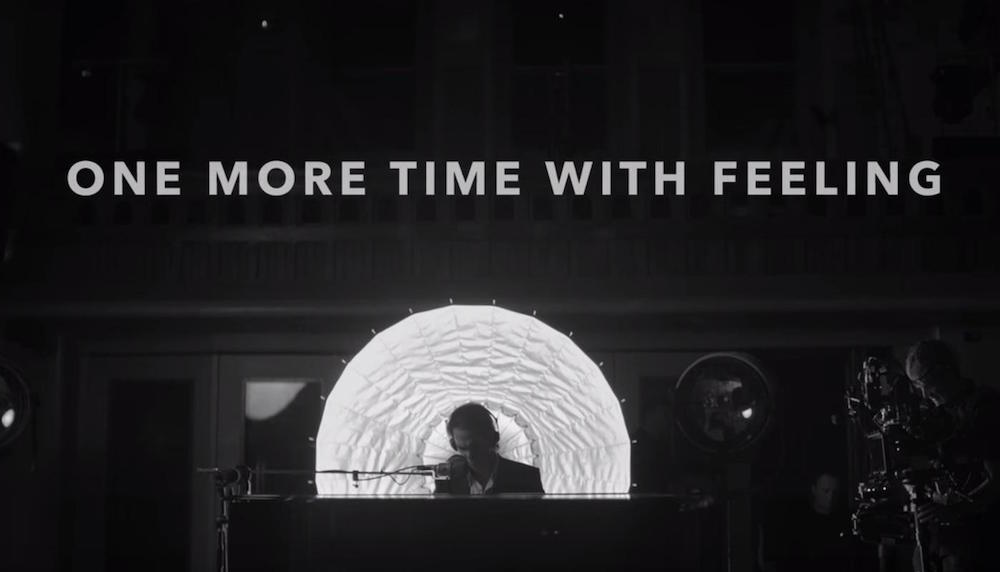